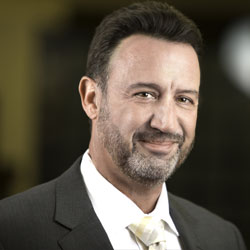 Douglas is a licensed Professional Engineer with over 40 years of professional experience in the fields of engineering, and construction, including Construction Management, Construction Claims consulting, Litigation support, CPM Scheduling and Surety consulting. He specializes in Construction Claims analysis and has evaluated and resolved construction disputes of all types including delay, disruption, default, termination, extra work, productivity and differing site conditions. Mr. Peterson has authored hundreds of expert reports, has been qualified as an expert and testified in federal court, state supreme court and lower courts, as well as arbitration hearings, mediation hearings, dispute resolution board hearings and formal negotiating meetings. He has also acted as an Arbitrator and ruled on several construction disputes. Mr. Peterson’s opinions were critical to the award of over $8 million to his clients in an arbitration that required over 100 days of hearings. In addition, he recently testified in a litigation involving a dispute in excess of $200 million in Federal Court regarding schedule delay, disruption and improper termination, which has yet to be decided.

After receiving his B.S. in Civil Engineering, Mr. Peterson worked in civil/structural engineering design for a year before spending the next 12 years as a Construction Manager on several major electric generating plant projects and the Stealth Bomber Final Assembly Facility. Mr. Peterson earned his M.B.A degree at night during this time.

Following his construction management assignments, Mr. Peterson has spent nearly 30 years as a construction consultant on a diverse variety of projects. In addition to construction claims analysis and litigation support, he has developed CPM schedules on dozens of construction projects, provided claims avoidance advice, calculated cost damages and participated in settlement negotiations.